Do you know who you're talking to

Home Blog » Do you know who you're talking to

Do you know who you're talking to 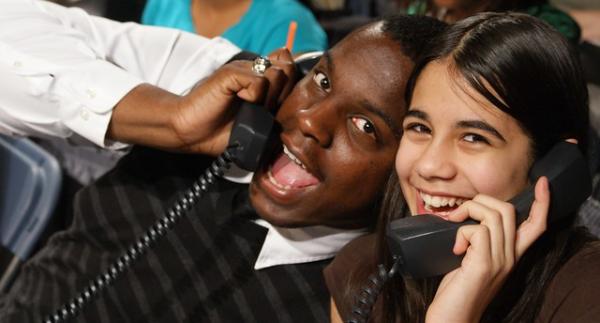 Among the rules that govern our everyday interactions there are two that are both unconscious and extremely powerful.  The first is that when we ask for information it’s because we have a right to ask for it, and the second is that when we ask someone to do something for us, it’s a reasonable request to make.  And in everyday interactions, when we are dealing with people we know, these social assumptions do tend to work. But at work it can be very important to ask yourself if you are sure you know who you are talking to. This is particularly true for people who work on a service desk. You undoubtedly spend a great deal of time on the phone talking to people, and while some of these calls may involve people you know well, it’s equally likely that you’ll find yourself dealing with someone you have never met, a customer phoning with a problem or a query, or someone from your own company whose name and voice you don’t recognise.  Now most of your calls and your callers are undoubtedly legitimate, but you only have to get it wrong once and you could cause a huge security breach. And even when there isn’t a security issue, we need to think about who we are talking to.  Because if we just respond to questions and requests without understanding who we’re talking to we can’t be certain that we’ll offer the right level of support. And if, for any reason, we drop our professionalism, we don’t know who may be listening to us do it.

From a security perspective, it is obviously very important to verify the identity of people who ask you to change their login credentials. But this also applies to a request to change things like an address or a phone number, which can be used to pave the way to a security breach.  Most organizations do have a very formal process for this identity verification – usually using third party tools or service providers, and I’m not going to offer a review of the identity verification market here.  But even the most robust identity verification tool only works when people use it correctly.  Staff need to follow the organisation’s rules exactly, every time, Organisations need to train staff to do this, and then check frequently enough to ensure that this becomes automatic. There are lots of people out there trying to crack your company’s security and they will be more than happy to take advantage of any misstep.  It only takes one mistake to let them in.

Identity verification involves adhering to the script.  But it can be just as important to know who you’re talking to when you aren’t involved in anything that might have security implications. And sometimes that may mean going beyond the script.

The more you know about the person on the end of the phone, the more you can empathise with them, and the better you can understand their issues and concerns. When someone phones to say, “The printer isn’t working”, you could just follow a script to establish that this is a hardware fault and arrange for an engineer to replace their printer.

But a service desk that takes the trouble to really get to know its users can sometimes go a step further.  Do you know why your caller is so upset about the printer? If you do understand the significance of this printer to the caller, and to the business that they work for, you may realise that to provide exceptional service you need to do a bit more.

I have worked with a service desk that worked very hard to ensure that they knew their customers well. The agent asked a few extra questions and discovered that the salesperson who made the call needed to print a document straight away to close an important sale. The service desk agent told the salesperson to email the document to the service desk.  They were then able print the document and return it to the sales department in time to help close the sale.  This may not have been the correct procedure, but it was certainly the right thing to do.

Take care, even when you’re the one making the call

Many years ago, I was working in a support team. One Christmas Eve everyone went home early, except for me, because someone had to stay to answer the phones. My manager said that I could also go home at two o’clock if there weren’t any outstanding issues. At about 12:30 I went to get coffee, and when I got back to my desk I found a sticky note saying that my colleague Jonathan had phoned, and giving me a number to call back. I spent the next 2 hours trying to call him back, but the phone was constantly engaged. When I finally got through, I was not very polite. I can’t repeat the language I used here, but I explained that I had stayed in the office far later than I intended trying to get through to him. After I had finished ranting, a voice said, “Who is this speaking”. It turned out that Jonathan was installing a new computer in the house of our CEO, and the CEO had been on the phone – which was why I couldn’t get through.

I had just treated the CEO of the large company I work for to a less than impressive show of service management language. I did learn something that day, and I hope that sharing the story will prevent others from making the same mistake I did.